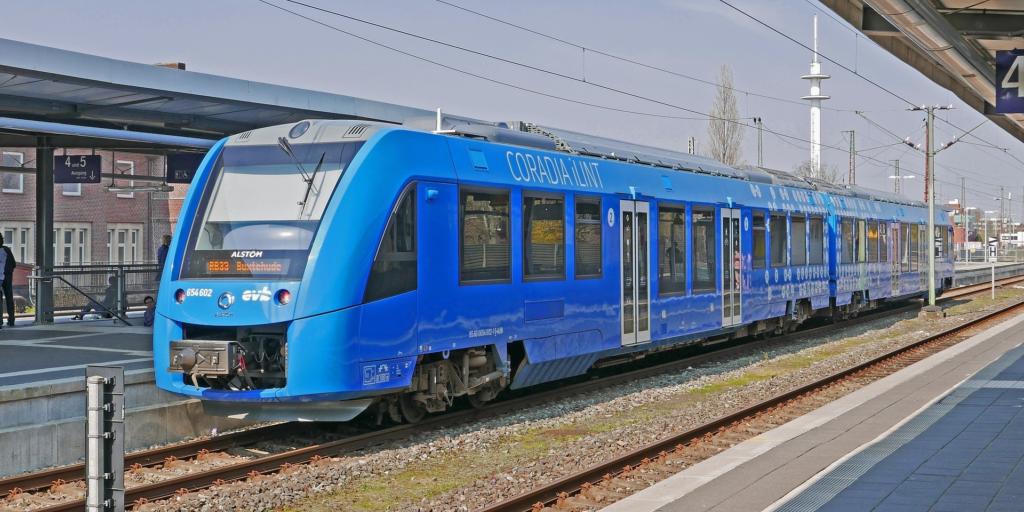 Green hydrogen - you may be curious about this mysterious yet exciting term you’ve been hearing floating around. And for good reason. Touted as the solution to many of our fossil fuel woes, with production set to grow 50-fold over the next six years, and with lots of recent investment, this new technology is definitely making a splash.

As luck would have it, we’re here to answer your burning questions - what makes hydrogen so exciting? How might it be used in the real world? How much could it cost? And what are the ethical considerations?

But before we get into the nitty gritty, let’s ask...

Hydrogen is a colourless gas which can also be compressed and turned into a liquid. It essentially stores energy which can be released via combustion, much like petrol or diesel, or combined with oxygen to generate electricity in a hydrogen fuel cell.

For the remainder of this article however, we’ll focus specifically on ‘green hydrogen’, which is produced using renewable energy sources - giving it the potential to be carbon-free. If any type of hydrogen has a role to play in the fight against climate change, it is green hydrogen.

Put simply, green hydrogen is created by splitting large amounts of water with an electrolyzer, using energy generated from renewable sources. While the technologies are still young, it could then theoretically be used to heat homes and power trains, planes and in numerous other applications.

“Why is hydrogen so exciting and where could it actually be used?”

Green hydrogen has the potential to be used across a variety of sectors such as Aviation, Rail, and household heating.

In addition to being carbon free, fundamentally, green hydrogen is exciting because it can be produced off-site, stored, and easily used where and when it’s needed - in contrast to electric power which is reliant on direct grid connections or batteries which can take time to charge.

While there are numerous possible uses, here are three of our favourites:

Aviation - At present, engines compatible with hydrogen are less efficient than their fossil fuel-powered cousins. A key additional issue is hydrogen’s relatively low ‘energy density’. In other words, 50 litres of green hydrogen will contain less energy than 50 litres of kerosene (or diesel or petrol). To begin with, we may see green hydrogen used by smaller aircraft for shorter journeys - presenting a potential solution for the private aviation industry in particular. While we hope to see the technology develop for larger commercial aircraft (some people see major potential, with hydrogen potentially reducing the climate impact of flight by as much as 50-75%), this is likely to be a long-term game. In the meantime other solutions, such as Sustainable Aviation Fuel (SAF), will need to play key roles in decarbonising air travel.

Rail - It is likely in the near-medium term that hydrogen could be used to decarbonise shorter rail routes (in fact it is already beginning to - the world’s first passenger hydrogen train entered service in Germany in 2018). Switching from diesel to hydrogen has the potential to enable trains to be decarbonised without expensive electrification work along the length of an entire train line. While not as large an issue as for air travel, hydrogen’s energy-density does present limitations; it is likely that for long-distance and high-speed rail, electrification will continue to be the way forward.

Household heating - There is much interest in the potential application of hydrogen in the household heating space, particularly as it could be pumped through existing pipes into homes instead of gas. However, gas boilers would still need to be changed, and an enormous amount of hydrogen produced to heat all of our homes. Some argue that hydrogen should only be used in areas and homes less suited to other technologies such as heat pumps.

Clearly we’re still a long way from widespread utilisation of green hydrogen, but exciting developments are in sight - as long as we’re pragmatic about where it could really add value in the fight against climate change.

You’re probably thinking “how much is this all going to cost?”

Currently, green hydrogen costs between $3/kg and $6.55/kg to produce. This cost needs to be reduced to $2.20/kg to be on a par with fossil fuels.

Whilst you may think this seems decades away, some ambitious groups are trying to see us reach this figure much sooner. Hydrogen specialist Nel ASA, for example, aims to produce green hydrogen at US$1.50/kg by 2025.

The reason green hydrogen is so expensive is largely due to the unit size of electrolyzers. As a general rule, the bigger the electrolyzer, the more water it can split, and the more hydrogen can be produced. Currently large electrolyzers are expensive in low supply, but as technology and funding for the industry grows, so should they.

With recent developments such as 40 countries signing to end the use of coal, and many nations, including the UK, launching ‘world-leading’ hydrogen plans, the demand for green hydrogen and economies of scale in production is sure to rocket.

You may have heard of situations like the Hindenburg Disaster in the 1930s and similar events where Hydrogen caused explosions in blimps. These disasters created a historical concern over hydrogen’s safety. 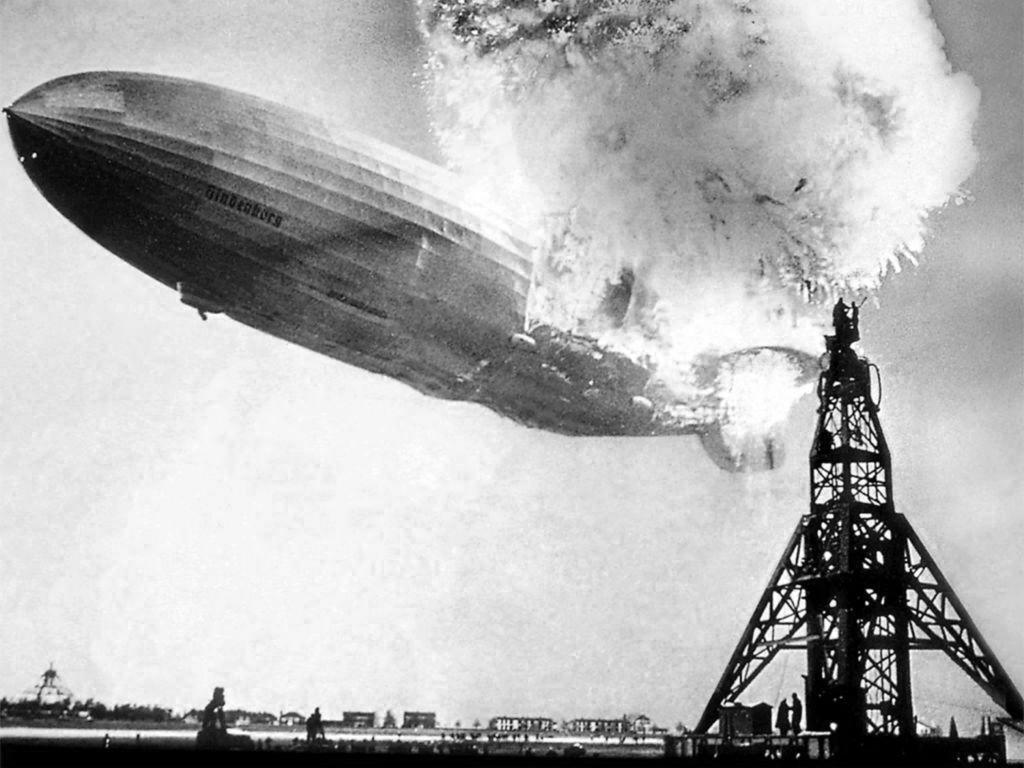 Concerns were recently raised again after a blast at a Norwegian Hydrogen car filling station in 2019 where 3 were injured. It’s true, hydrogen is highly flammable, and known to make steel and pipes brittle.

These are key challenges for developers and investors to overcome, but with the correct procedures hydrogen can be handled safely.. Multiple standards development organisations (SDOs) have recently been collaborating to set industry-wide standards for the production, storage and use of green hydrogen.

“What ethical issues does this raise?”

Importation of green hydrogen to the EU has raised debates across the continent. In 2020, the European Commission released their ‘Hydrogen Strategy’ which touched on the topic of importation, and noted how importing hydrogen from Africa in particular was a “cost-competitive option” and rich in renewable potential. However there are important ethical concerns around global hydrogen supply chains which have become increasingly debated.

An important case study on the ethical production of green hydrogen is the Inga Dam in DRC (Democratic Republic of Congo). Inga Dam is currently the world’s largest hydropower site, making it ideal for green hydrogen production. However, the impacts of the project are concerning; physical and economic displacement, flooding of the Bundi Valley, deforestation, and loss of livelihood to mention a few.

Many have tried to stop the project, and there has been plenty of debate by investors (current and previous).

Unless great care is taken, there is potential for cross-border hydrogen initiatives to repeat the mistakes and injustices of fossil fuel and resource projects of days gone by.

While by no means perfect, green hydrogen is a potentially exciting fuel which could play an important role as we seek ways to rapidly meet, among others, the UN’s vital 2030 and 2050 climate targets.

Therefore, it’s now vital to drive innovation in the applications which show the most potential while allowing for a focus on other technologies where most appropriate. Meanwhile, safety and ethical implications of Green Hydrogen absolutely must not be brushed under the carpet if it is to reach its full sustainable potential.